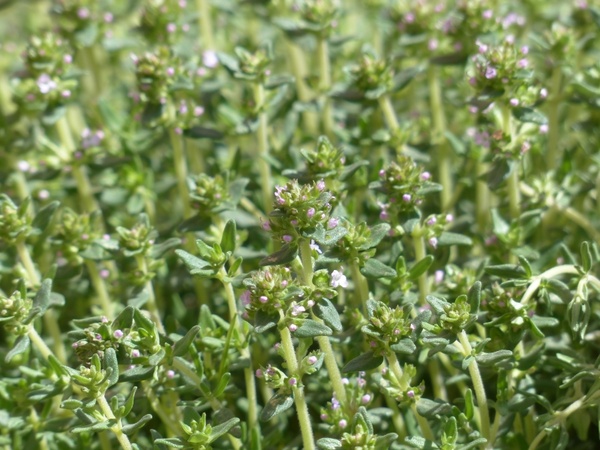 Thank you to Basilur for sending me some tea to review.

Basilur contacted me via Twitter and asked if I would be interested in reviewing some tea for them. I agreed and only waited a couple of days before receiving a parcel. I had no idea which tea I would be sent and I was super excited to see. Inside was…. Thyme, a Ceylon black tea blended with Thyme herb. I can honestly say I wasn’t expecting this tea and further more I don’t think I’ve even tried anything like this before. I’ve had Thyme by itself as a tisane but not mixed with tea. This particular one is not on their website for sale but may be in the future.

I often use it in my cooking for it’s iron properties, great for us vegetarians.

Back to the tea itself, the packaging is nice and Thyme appears to be in their Tea Moods range.

Opening the box revealed a re-seal pouch with the company logo on and lots of herbs. Rather cute.

Opening the bag reveals a loosely chopped blend of Ceylon black tea and Thyme with a heady herbal scent. Refreshing yet dry and aromatic.

One teaspoon of leaf in boiling water for 2-3 minutes.

Once steeped the resulting tea is amber in colour and bares a very fragrant and fresh thyme herbal scent. Pretty thick actually.

Flavour wise it’s herby, refreshing, slightly bitter, dry and has a thick, fragrant after taste. It’s just as Thyme and herbal as it’s scent but on a fresh scale.

It’s incredibly different from anything I’ve ever tried before. Sort of like a soup broth, it’s certainly savoury. I can taste tea though, a mild and light wooden based Ceylon behind all of the Thyme ‘madness’.

An interesting blend indeed! It does have a calming effect, at least it has for me. I’m half a cup down and some of my problems seem to small. I am totally going to use some of this in a stir fry, I don’t fry I steam so it’s healthier and this would be amazing to experiment with cooking wise.