The quote was taken from the famous poem ‘The Love Song of J. Alfred Prufrock’, by T.S. Eliot. A quick answer would be yes I do dare but why eat one when you can drink one? Enter Peach Oolong by Adagio Teas. 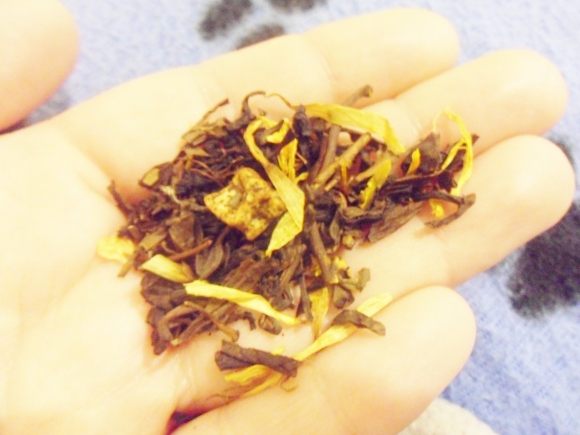 The raw tea looks and smells delightful. In the above picture you can see a nice mixture of dark brown Oolong and yellow sunflower petals and if you look closely towards the middle you will see a square apple chunk. Yummy.

It smells like peach/apricot (despite having apple chunks in it) but an earthy variety of them due to the Oolong that smells woody.

My tea has been brewed for 5 minutes with fresh boiling water. This produces a dark brown tea soup that smells slightly sweet and peachy.

This long awaited cup tastes very similar to the smell, the Oolong is woody and reminds me of a forest while the peach is slightly sweet which gives the Oolong a nice finish. It’s starting to pick up a toasted flavour that over rides the fruitiness. I would say that it definitely tastes like peach but I was hoping it would be a little sweeter or perhaps that the Oolong was not as woody. It’s a nice blend don’t get me wrong but I thought this would have been more of a fresh green Oolong and I’m a little disappointed that it’s not.

Overall it’s nice and perfectly drinkable but not sweet or fresh enough for me. Rating would be 6/10. I can finish the pack but I wouldn’t buy it again. 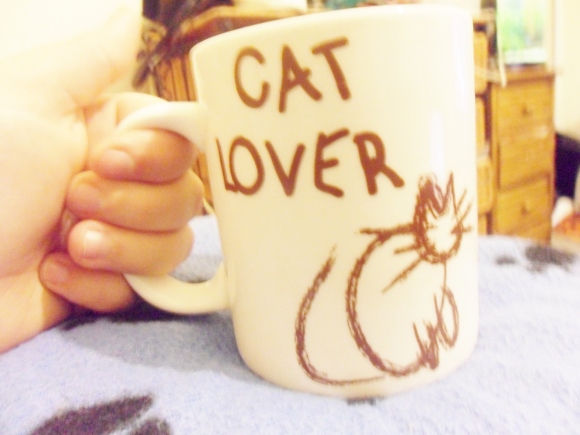